From Necessity to Opportunity: How the Pandemic Inspired Networking with National Reach 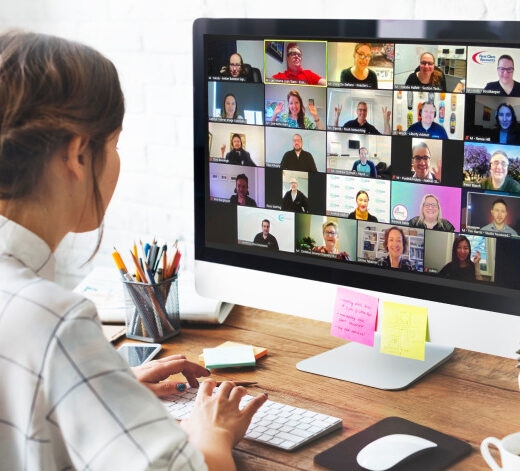 From Necessity to Opportunity: How the Pandemic Inspired Networking with National Reach

‘Necessity is’, so the saying goes, ‘the mother of invention’. During COVID, the necessity to isolate led to the invention (or at least the explosion) of online networking. If we wanted to stay connected, we had to do it through a screen. But whilst some networking groups went straight back to ‘the way we were’ after the pandemic, Fresh saw online as a massive opportunity – and Fresh National was born.

We see online not as a restriction, but as a fantastic chance to get visible outside our local area, and create even more connections. What was born of necessity is a fresh-tastic opportunity to engage with new people, expand our reach, learn and grow.

Fresh National is changing the way that people make connections – giving businesses that were limited to local contacts the chance to meet and engage with like-minded business owners nationally or even internationally. In fact, Fresh National itself is a fitting example of the power of using online to break the barriers of suburb and state. We started local in Melbourne with our café hubs, and whilst they are still going strong, we could never have expanded into other cities and states so rapidly without the amazing reach of online meetings. We combine the best of every world – a national network where members and guests come from thousands of kilometres apart, combined with local groups, so that members can catch up for a face to face over a coffee. Last week, for example, I attended a Fresh National meeting with members from Perth, Bundaberg and Sydney. There’s no way that they would have all come together in the same meeting without Fresh.

Thinking beyond the boundary

Fresh National is perfect for business who want to think bigger:
– Growth oriented businesses who want to move beyond their local suburb
– Businesses who want to expand from state-based to a national presence
– Those who want wider visibility
– People who want to form relationships that span Australia – and beyond
– Organisations that can operate virtually
– Businesses with clients in other states, who need local specialists to refer to
– Those who shut their offices during the pandemic and realised they don’t need to re-open them
– Companies wanting to expand interstate but without having to invest upfront in local staff in other cities

Our members all have a growth mindset, and they love the reach, flexibility and range of connections that Fresh National offers them. They especially love the way that Fresh has helped them grow their businesses.

– Kelly O’Neill is a Brisbane-based national networker. Her company has offices in Melbourne and Sydney as well as Queensland’s capital, and Fresh National helps her build her connections up and down the east coast.
– Karina Fox is a mortgage broker based in Sydney, but with clients across Australia and also looking to grow her business outside of NSW. She wants to build relationships with conveyancers, who – because of the way the profession is licensed by state – must be local. Through Fresh National, Karina has expanded her conveyancer network into Queensland and Victoria.
– I recently met a guest who worked in digital marketing with clients in Sydney and Melbourne, but recently moved to Bundaberg. Thanks to Fresh National, he found us online and was able to continue to get ‘out and about’ and meet plenty of new contacts.
– When Craig Stephens moved from Melbourne’s bayside to Perth, his consultancy business expanded from being local to having a national focus. Through Fresh National, he meets new connections from all around Australia.
– Carol Benton went a step further – moving from Melbourne to the UK. Fresh National has allowed her to continue to grow her Australian client base from the other side of the world.

As the stories above show, people join Fresh National because they think outside their suburb and state, and want to make strong new connections across the country. Fresh National is an exciting opportunity to do just that.