Don’t give up on a good thing 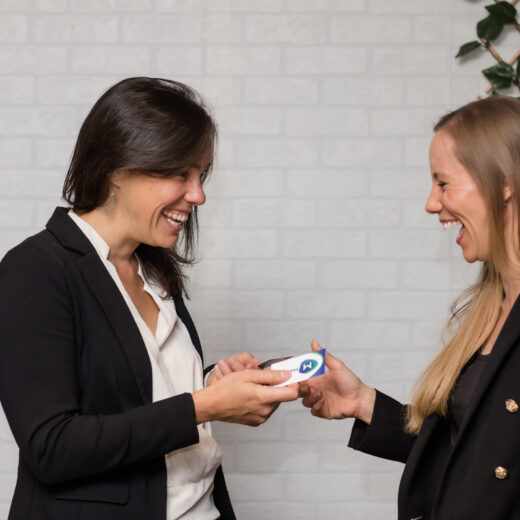 Don’t give up on a good thing

Continuing on from last month’s ‘blind date’ theme, let’s continue down the relationship path…Imagine though that you’re out of that world of dating (blind or otherwise) and you’re in a great relationship. Your partner fulfils your needs, nurtures you, is attracted to you and is stimulating, enjoyable company. You are very happy.

So what do you do? You leave. Out the door, bye bye, sayonara…

Of course you don’t. That would be nuts, to leave something that gives you so much.

And yet, that is exactly what some people do with networking. I know because I’ve been there myself.

When I started my travel business, I networked like crazy, because I had no clients. I saw networking as a great place to start, and it was the perfect strategy for someone like me who loves meeting and talking to people.

It was a strategy that worked – after four years, my business was busy, almost to the point of being out of control. So I took my foot off the pedal and gave up networking. After all, I had more than enough clients, and my business was thriving.

Then the credit crisis hit – one of my biggest clients had cashflow issues, stopped booking travel and my business took a massive hit. But with no new connections, I was looking into a black hole when I thought about how I was going to replace them.

It was at that point I had a big ‘aha’ moment – I really shouldn’t have given up on the activity that was bringing in new clients. I finally realised the massive power of networking and that giving it up because it had done such a good job was really illogical thinking.

Is networking part of your position description?

I know I’m not the only person to have fallen into this trap – as businesses get successful, it’s natural to feel that you have to cut back on the things that are time-consuming, so that we can focus our energies elsewhere. But what I learnt is that time spent on networking is never wasted time. If I was in that position again, knowing what I know now, I would have reviewed staffing levels or found efficiencies in other processes, rather than biting off the hand that fed me. I would have seen ‘networking’ as a crucial part of my position description, one of my essential tasks.

The gift that keeps on giving

If you asked business owners where they got their best business, a lot of them would say that it was from referrals. Referrals, as every Freshie knows, are the gift that keeps on giving. Referrals are the fruit of networking.

Of course networking is not the only way to generate new business, and I’ve certainly tried (and still use) some of the other methods. I use social media, eDMs, and I’ve even spent time standing outside shopping centres talking to people about travel.

But networking is by far the most effective. Because referrals come from someone who knows, likes and trusts you, you have much higher conversion rates. When I was at Flight Centre, for example, my conversion rate from referrals was 90%, compared to just 42% for people who walked through the door cold. That’s why we say ‘Treat your referrals like Gold.’

Networking, just like a great relationship, does require effort.

There will always be some who underestimate the time it will take between planting the seed and picking the fruit, and they give up too early. Networking is probably not the path for them.

But I’m talking here about those who, like me with my travel business, put in all the hard work, do everything right to build a great referral engine and then give up precisely because it is doing such a great job. They spend years creating their network, then just suddenly walk away when it’s all taking off for them.

Learn from my mistakes. Just as you wouldn’t walk out on a great relationship, don’t give up on the good thing that is networking.