A Glut Of Dud Leads – Why Fresh DOESN’T force referrals 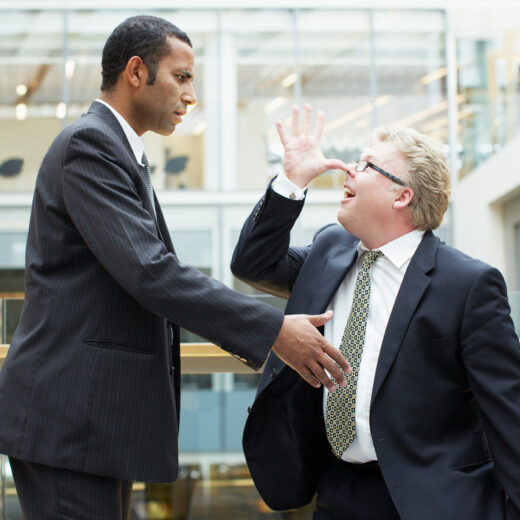 A Glut Of Dud Leads – Why Fresh DOESN’T force referrals

A great opportunity – (not)

When I ran my travel agency, a member of my networking group asked me to quote for a trip to the snow in Japan. ‘What a great opportunity!’ I thought, and put in four hours of hard work to create the perfect skiing holiday for him.

When I presented him with his quote, he told me he’d ‘changed his mind’. Ever the hopeful (and maybe a bit naïve?), I took him at face value and assumed that this was a one-off. It didn’t take too many ‘dud leads’ before I realised what was going on, and saw very clearly the fatal flaw in the forced referral system my networking group followed.

That’s why, when I started Fresh, I put the focus very firmly on connections, not referral targets.

If you have strong connections, with people who know, like and trust you, the referrals will flow naturally. We get to know, like and trust people over time, as part of building a relationship. It’s based on how you present yourself at meetings and in Get Fresh one-to-one catch ups. It’s based on the effort you put in to your hub, how well you educate others, your generosity in helping people.

The bigger your network of connections and relationships, the more the referrals will flow.

Wasting time on dud leads – just like my skiing holiday friend, people under pressure meet a target will give you a ‘lead’ that is a complete fiction from the start, causing you extra work for no outcome. Of course, even with genuine leads, you don’t expect to win them all, but we’re talking here about ‘duds’ that were never real leads in the first place.

Damage to your reputation – if you refer someone to one of your clients, family or friends and they don’t do a good job, you have damaged your own reputation. That’s the risk when you are forced to refer before you have had a chance to build the ‘know, like, trust’ relationship.

I had a security camera specialist approach me at a Fresh Networking meeting, we only literally spoke for about two minutes at the start of the meeting, then he proceeded with “Have I got a great opportunity for your clients”. Curious, and thinking he was genuinely interested in helping my business, I asked “What is it?” He then suggested I put his business flyers in my ticket wallets, so that my clients would use him to secure their house while they were away. I politely declined his offer – I knew nothing about him and couldn’t risk my reputation with my valued clients.

Destroys relationships – in the worst case scenarios, referring the wrong person can actually destroy the relationships you’ve worked so hard to build.

Pressure and anxiety – a forced referral system puts pressure on networking group members to have a referral every week. Regardless of whether they genuinely have opportunity for someone else in the group or not. That leads to anxiety, and ‘referral shaming’ which is not what networking is all about.

The cost of self-referral – I found that some weeks, I was referring myself i.e. buying a product or service from a fellow member, just to avoid having to say I had no referral that week. That is certainly not what true networking is about. Not to mention that it ends up costing you a lot of money!

In it for the long term – at Fresh, networking is a long term strategy. Our members don’t expect to get referrals the minute they join – we encourage them to invest the time and energy in getting to know people, and focus on their synergy partners. We set the expectation that it takes on average eight to nine months before they will start to see referrals. In the life of a business, that’s not a very long time, but it’s important to have realistic goals.

Think Fresh First – we know that if our members have the opportunity to refer, then they will. They understand that being able to refer actually enhances their own reputation with their clients, making them ‘stickier’ and more valuable. We don’t force the referral, but we do say ‘Think Fresh First’ – meaning that if they need to refer, their first thought should be someone in the Fresh network.

Advocates, not customers – when you attend a Fresh meeting or event, you’re not ‘selling to customers’, but rather you are creating advocates for your business. You are building a network of people who want to refer you because they genuinely believe in you and what you offer.

Know, like and trust – as a great networking guru (a.k.a His Royal Freshness) once said ‘Why would I refer someone I wouldn’t use myself?’. At Fresh we take our time to observe, to listen, to get to know people. Once you are sure you would use that person yourself, then you are ready to refer to them.

The whole network – at Fresh we actively encourage relationships across hubs. Members can visit other hubs (and have the time to do so, as our meetings are fortnightly) and can give or receive referrals anywhere within our network, opening up far more opportunity.

Treat members like adults – we trust our members. We know they want to grow their businesses, and they want to help others do the same. We give them the infrastructure, but we don’t try to force their behaviours.

The natural way to refer

Fresh referrals come from doing the right things. That is what a community thrives on – we support each other, paying it forward. We refer to each other based on ‘know, like and trust’ not based on ‘you scratch my back, I’ll scratch yours’. No-one likes being forced to do anything and we know referral targets simply don’t work in the long term.

That’s why in Fresh, you’ll never be pressured into making ‘dud referrals’ for the sake of meeting a KPI or to secure your continued membership. For us, relationships come first and the referrals just follow. Genuine, high quality, business-enhancing referrals.