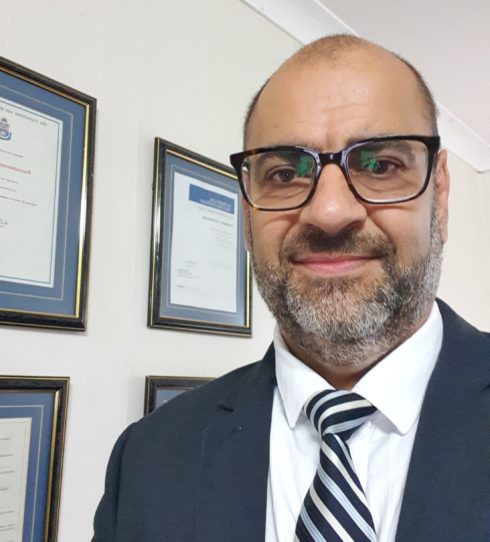 In 1994, Chris Karamanolis established his first law firm in South Africa and in January, 2007. He sold his practice as he was planning to immigrate to Australia.

In his fifteen years legal experience, his most significant achievement was to be able to be placed on all four major South African mortgagor bank conveyancing panels.

In 2001, Chris established a real estate company, which operated out of two major cities in South Africa. Together with his spouse, as co-principal director, they supervised and trained, at any given time, an average of twenty real estate agents.

In 2009/2010, Chris continued his legal studies through Deakin University (Australia) and bridged his South African LLB degree to meet with the Australian legal requirements. In December, 2010, he was admitted to practice as an Australian Legal Practitioner in the Supreme Court of Victoria.

In 2012, Chris founded the law firm ‘First Legal & Migration Services Pty Ltd’ and other than specialising in conveyancing, is also a registered migration agent by the Office of the Migration Agents Registration Authority.